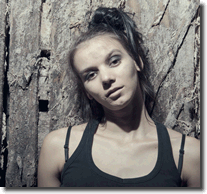 Who uses heroin? According to the 1998 National Household Survey on Drug Abuse, which may actually underestimate illicit opiate (heroin) use, an estimated 2.4 million people had used heroin at some time in their lives, and nearly 130,000 of them reported using it within the month preceding the survey.

The survey report estimates that there were 81,000 new heroin users in 1997. A large proportion of these recent new users were smoking, snorting, or sniffing heroin, and most (87 percent) were under age 26. In 1992, only 61 percent were younger than 26.

Who uses heroin and in which major U.S. cities is it a problem? NIDA's Community Epidemiology Work Group (CEWG), which provides information about the nature and patterns of drug use in 21 cities, reported in its December 1999 publication that heroin was mentioned most often as the primary drug of abuse in drug abuse treatment admissions in Baltimore, Boston, Los Angeles, Newark, New York, and San Francisco.

A recent report by the National Household Survey on Drug Abuse reported that more than 3 million people in the United States have tried heroin at least once. Of those listed in the survey, just under 100,000 were between the ages of 12 to 17. More than 450,000 between the ages of 18 to 25, with the majority of users being over the age of 30. Heroin users come from all social backgrounds, neighborhoods and areas of the country. From nurses to troubled teens, this problem seems to have no barriers.

Let’s continue to look at the question, who uses heroin? The annual United Nations World Drug report on world drug consumption by region provides some interesting intriguing data on global heroin consumption, but a little math sheds some much needed light on the numbers.

Heroin use is declining in the United States, but rising in Europe, according to the latest report, which noted that European users smoke or inject about 25 percent of the 340 metric tons of heroin consumed worldwide each year.

U.N. officials said that cultivation of opium, the compound used to make heroin, has decreased 13 percent in the last year, to 657 tons.

Especially high demand for heroin, and also for cocaine, in Western European countries such as the UK, Italy and France, has led to the emergence of new trafficking routes in West Africa, the report states.

A Regional Breakdown of Who Uses Heroin:

So, who uses heroin the most? Looks like Europe is the biggest overall consumer of heroin, but which region or country has the biggest heroin problem per capita?