What are the signs of heroin addiction? Some heroin addicts very quickly become the stereotypical junky, and can be easily recognized as drug abusers; many others cannot. The profile of use varies with the individual, and many families have been shocked to learn that their son, sister or uncle has been using heroin without their knowledge. No two addicts will act in the same way, but there are some behavioral signs that may indicate a heroin addiction.

The signs of heroin addiction vary by the addict, but if a loved one is demonstrating a drastic change in personality, social behavior, financial behavior and appearance, they may be abusing heroin. 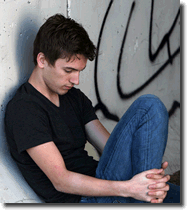 The onset of the below symptoms appears when the addiction process is in its early stage. Intervention at this stage has better results than after the addiction is in full force.

Physical signs of heroin addiction are more pronounced than emotional signs. Heroin slows the body’s metabolism, causing a sedated appearance. Chronic heroin use can result in total organ system shut down. Detecting heroin abuse by physical signs can be achieved if the signs are known.

Addiction to heroin can result in serious health problems and death. The impurities can cause skin abscesses at injection sites. Injecting the drug can lead to blood born diseases such as hepatitis C and B and HIV. Repeated injection can lead to renal damage. The lack of hygiene can lead to issues related unhealthy habits.

There are several signs of heroin addiction you can look for. In the beginning, the user will typically experiment just once or twice a week and in some cases less often . . . once a month or less. When an user is in the beginning stages of direct injection into a vein [mainlining], the most accessible veins are generally used. These veins are located in the inner portion of the arm near the elbow joint. This injection site is commonly called "the ditch" by users. If the person is mainlining, you may see scabs on the vein in this area.

In the early stages, it may be hard to recognize the signs of heroin addiction if the user is not injecting the drug. Initially, those who smoke or snort heroin will not have any obvious physical signs of their addiction. Addicts who inject heroin will begin to develop irritation at their most common injection sites. As the user progresses from experimentation to addiction, they will eventually reach a point where they shoot up at least once a day. At this point, several injection sites become noticeable. For example, over a 6 month period, the user will have shot up at least 180 times. This is when the needle marks manifest themselves as "tracks." Trails of tiny scabs may extend 1-3 inches or more down the arm or leg in a straight line right over top of the vein.