Heroin addiction is tremendously damaging to individuals and causes problems for society as a whole. Not only does heroin addiction effect the addict himself, but also his family, loved ones, friends, and his community.

According to the 2003 National Survey on Drug Use and Health, 3.7 million people had used heroin at some time in their lives, and over 119,000 of them reported using it within the month preceding the survey. An estimated 314,000 Americans used heroin in the past year, and the group that represented the highest number of those users were 26 or older. 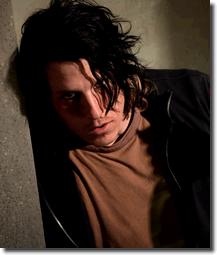 Heroin is considered to be one of the most psychologically and physically addictive drugs in existence, with heroin addicts relapsing more than any other drug. Heroin Addiction leaves the person completely obsessed with no other focus other than to use more heroin. This obsession to getting more of the drug results in the heroin addict stealing from friends and family members, neglecting their job or family, or even wandering off for days or weeks at a time on a 'binge'. The result of this addictive behavior is the loss of friends and family, leading to upset, anger and frustration for all involved. Heroin addiction also continues to destroy millions of lives not only by means of addiction, but also by means of overdose and death.

Heroin addiction can be extremely difficult to overcome partly because of it's strong physical aspect of dependance and withdrawal. Once addicted, the heroin user will experience severe physical withdrawal symptoms when he stops using the drug. The heroin addict will have severe drug cravings, headaches, nausea, vomiting, diarrhea, cold flashes, muscle pains, and overall flu-like symptoms. These withdrawal symptoms can begin within a few hours after the addicts last dose. At this point, the heroin addict will desperately seek his next high or "fix" to avoid these uncomfortable and painful symptoms of withdrawal.

The path to heroin addiction often starts with experimentation. The individual may first try heroin out of curiosity, because friends were doing it, or in an effort to avoid or erase another problem. At first, the heroin seems to solve the problem or make life better, so he continues to use heroin more and more.

But as the heroin addiction progresses, getting and using the heroin becomes more and more important and the ability to stop using is compromised. What begins as a voluntary choice turns into a physical and psychological need. The good news is that Heroin addiction is treatable. Like any other addiction, heroin addiction can be treated and with the proper care and a positive and determined attitude, sobriety can be achieved.